The Atlantic: Can improv be a form of therapy? Some psychologists think so.

When I took my first improv class in August 2013, I harbored no delusions of someday headlining comedy shows. My interest was more practical: A colleague at the Los Angeles-based startup where I worked had recently started taking the class, hoping that it would help him become quicker on his feet in meetings. He told the rest of our department how fun the classes were, and encouraged us to try it. I was a hard sell—I hate public speaking—but I also knew that improvising was a skill that I could stand to develop. Begrudgingly, I signed up to audit a beginner’s class at Improv for the People (IFTP), a theater in Culver City, California. 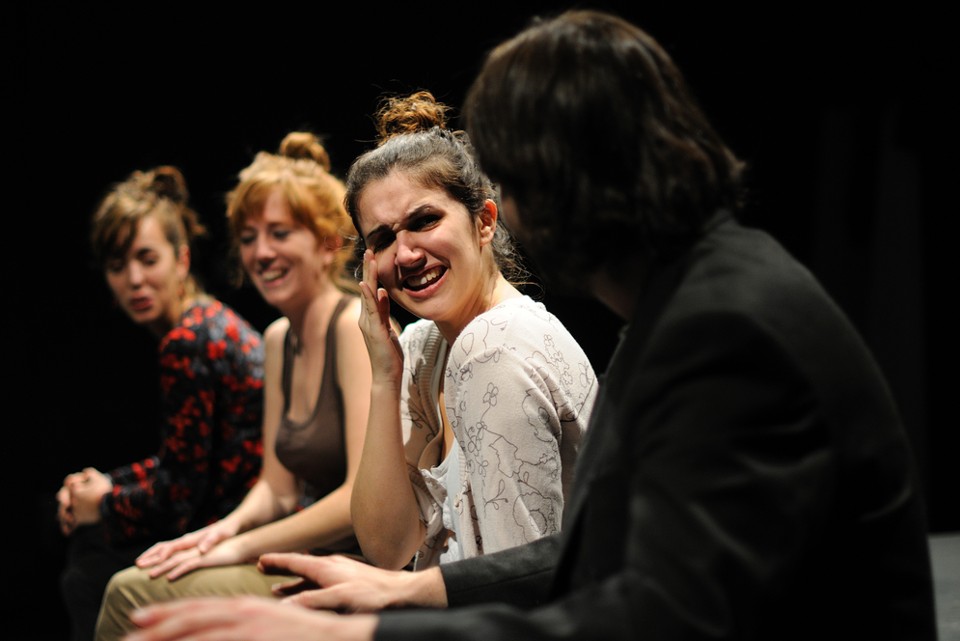 And somehow, despite my ingrained self-consciousness, I quickly discovered that I loved it. The give and take of improv performance felt exhilarating; I would arrive at each evening class feeling tired and leave three hours later full of energy.

According to Matthew Moore, my improv teacher and the founder and artistic director of IFTP, that’s not unusual among his students, even the shyer ones. Moore, who has led many corporate workshops through Improv for the People, said a handful of companies have sent employees to his class to work on their public-speaking skills. The majority of Moore’s students, however, sign up of their own accord, many for reasons similar to mine: They’re hoping to build confidence, or they want to improve their communication skills.

Learn more about our Improv Classes in Los Angeles